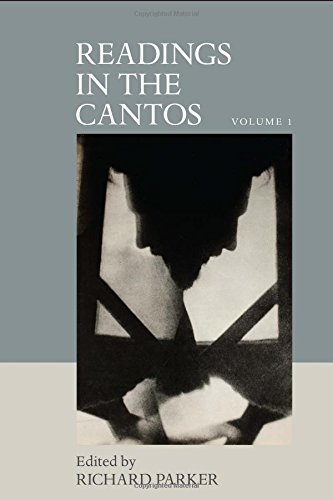 The first in a landmark three-volume project, this book brings together some of the world's leading Pound and modernist scholars to read critically the quintessential long modernist poem, The Cantos. Each chapter approaches either a single canto or a defined small group of cantos, providing a clear, informative, and interpretive reading that includes an up-to-date assessment of sources and an idea of recent critical approaches to the work. Each essay includes relevant background about the canto's composition, source-hunting material explaining Pound's quotations and references, critical context, and correction of previous critical work on the canto. 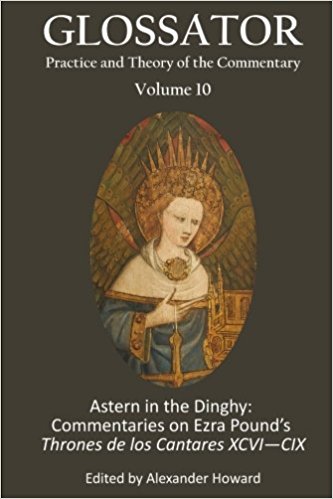 “One can lose sight of the fact that these are poems of imprisonment. One cannot, however, lose sight of the fact that the poetry contained in these two collections is difficult and recondite. This is especially true of the verse contained in Thrones. In the poet’s own words, these cantos denote “an attempt to move out from egoism and to establish some definition of an order possible or at any rate conceivable on earth.” Pound intended Thrones as a record of “the states of mind of people responsible for something more than their personal conduct.” One might think all that relatively straightforward. But that would be a mistake. In characteristically Poundian fashion, this late section features a bewildering college of marginal historical figures and abstruse references, drawn from an esoteric range of source-materials pertaining to economics, medieval politics and legal history, modes of monetary exchange, and good governance” (Alexander Howard vi).

Mr. Pound Goes to Washington    i

Some Contexts for Canto XCVI     1

Gold and/or Humaneness: Pound's Vision of Civilization in Canto XCVII   27

“In the intellect possible”: Revisionism and Aesopian Language in Canto C121

'The clearest mind ever in England': Pound's Late Paradisal in Canto CVII  309

Three Ways of Looking at a Canto: Navigating Canto CVIII    329

'To the king onely to put value': Monarchy and Commons in Pound's Canto CIX    355 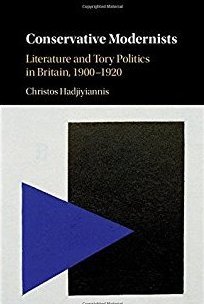 Despite sustained scholarly interest in the politics of modernism, astonishingly little attention has been paid to its relationship to Conservatism. Yet modernist writing was imbricated with Tory rhetoric and ideology from when it emerged in the Edwardian era. By investigating the many intersections between Anglophone modernism and Tory politics, Conservative Modernists offers new ways to read major figures such as T. S. Eliot, Ezra Pound, T. E. Hulme, and Ford Madox Ford. It also highlights the contribution to modernism of lesser-known writers, including Edward Storer, J. M. Kennedy, and A. M. Ludovici. These are the figures to whom it most frequently returns, but, cutting through disciplinary delineations, the book simultaneously reveals the inputs to modernism of a broad range of political writers, philosophers, art historians, and crowd psychologists: from Pascal, Burke, and Disraeli, to Nietzsche, Le Bon, Wallas, Worringer, Ribot, Bergson, and Scheler.  Read more at Cambridge.org.

Bringing Poetry and Politics Back to Earth: Tory
Ideology and Classical Modernism 31

The Writer as Conservative Statesman:
Modernist Theories of Inspiration 65

Against Representation: Conservatism and Abstract Art 98