review by A. David Moody 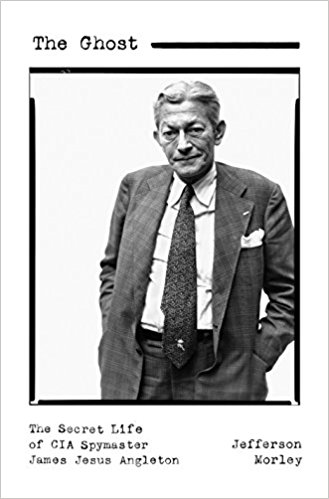 James Jesus Angleton (1917-1987) graduated from Yale in 1941, was drafted into the army in spring 1942 and assigned in January 1943, at the instigation of Norman Holmes Pearson, to the Office of Strategic Services (OSS). Pearson (1909-1975), had befriended Angleton at Yale where he was finally completing his doctorate and would be appointed assistant professor of literature in 1941. Pearson was recruited to OSS in December 1942, and was sent at once to England to direct OSS there and to train its new recruits in the craft of counter-intelligence under the direction of the British Secret Intelligence Service (MI6). His British colleague was Kim Philby. Angleton would be their most brilliant student and would go on to work with Pearson in London, and then, from November 1944, would be in charge of OSS counter-intelligence in Italy. After the war, when OSS was disbanded, Pearson returned to academic life at Yale, while Angleton joined its successor, the Central Intelligence Agency. He led its counter-intelligence operations from 1954 to 1975, and came to dominate it.

The secrets of Angleton’s life as a spymaster, as told by the Washington journalist Jefferson Morley, would fill a dossier of indictments. In Italy at the end of the war he protected and prevented the prosecution of at least one Fascist and several Nazi war criminals in the hope that they might be of use in the struggle against Communism. Having developed a close friendship with Philby, which involved sharing with him secrets of CIA counterintelligence operations against the Soviet Union when the latter was on post in Washington, he refused absolutely to believe or to act upon the well-founded suspicions that Philby was a Soviet agent.  On the other hand, he advised British Intelligence in 1963 that Harold Wilson, the new leader of the Labour Party, was certainly “Moscow’s agent of influence” (126). His illegally concealing from the Warren Commission, and from all subsequent investigations into the assassination of President Kennedy in 1963, his extensive private file monitoring Lee Harvey Oswald from 1959, leads Morley to ask, “Was Angleton running Oswald as an agent as part of a plot to assassinate President Kennedy?” (265). According to Morley, he had the knowledge and the ability to do that, and also the motivation. Morley also holds Angleton responsible for Israel’s obtaining, in violation of the U. S. non-proliferation policy, hundreds of pounds of fissionable nuclear material diverted from a U. S. government facility, and so being enabled to develop a nuclear arsenal in the Middle East, the effects of which “will be felt for decades, if not centuries” (263). Then there was the harm he did to the CIA itself by his obsessive hunt for Soviet moles, ruining careers and seriously damaging its intelligence gathering activities. And the harm he did to American democracy by his illegal domestic espionage and counter-intelligence, as in his directing the CIA to infiltrate and spy on organizations opposed to the U. S. war in Vietnam; and to infiltrate and influence such organisations as the American Federation of Labor, the National Student Association, and the international Congress for Cultural Freedom. He became a paranoid and ruthless Cold War warrior, seeing Communist influence and agents everywhere he looked. Morley concludes:

He was an ingenious, vicious, mendacious, obsessive, and brilliant man who acted with impunity as he sought to expand the Anglo-American-Israeli sphere of influence after the end of World War II. Like his friend Ezra Pound, his mastery was sometimes indistinguishable from his madness. (266) 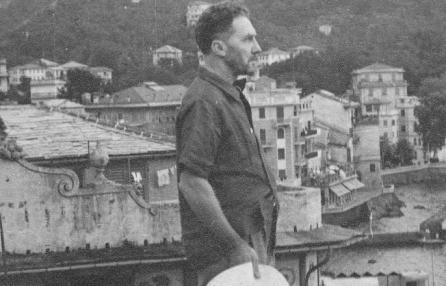 But why drag in Pound? Angleton’s connection with Pound had been brief and superficial. At the end of his first year at Yale, in 1938, he had asked to meet Pound, presenting himself as an editor of a new literary magazine eager to learn from him, and he had visited Pound in Rapallo. There is a well-known photo he took of Pound on his roof-top. Some correspondence followed, and Pound contributed his very brief “Introductory Textbook” to Furioso. He also met Angleton again when he visited Yale with Laughlin in 1939 – Morley misses this. That was all there was to that relationship. In late 1942, Angleton told the FBI that “he admired Pound’s poetry and found his political theories convincing,” but that his “radio speeches were incoherent and indefensible” and that “he would testify to that effect and provide the names of others who knew Pound” (15-16). He kept his distance in 1945 when he was in charge of counter-intelligence in Italy and Pound was being held in the D.T.C.; and he kept his distance when he was in Washington with the CIA and Pound was being held nearby in St Elizabeths. There is nothing in the record to associate Angleton with Pound after 1940, unless one counts the bizarre detail of his apparently bequeathing a “bottle of spirits” to Pound in a will he made in 1948 (30).

Yet Morley is determined to make Pound feature in his story. He begins his book with a fictionalised account of Angleton’s brief contacts with Pound in 1938 and 1939, and declares that “Pound’s reckless ambition, his will to cultural power, his conspiratorial convictions, his self-taught craftsmanship, and his omnivorous powers of observation – all these would have an influence on the maturing mind of James Angleton” (6). Indeed, “Poetry gave birth to a spy” (8). That was the doing, apparently, of “the crystalline poetry of his books Personae and the Cantos (“Songs” in English)” ([4]) – Angleton “especially admired an early poem of Pound’s, Hugh Selwyn Mauberley, about the universal beauty of poetry” (4). Later Morley connects Angleton’s treating “fascist allies with care” (221) with Pound’s positive view of Mussolini – apparently he had absorbed Pound’s politics along with his poetry (4).

Morley does not make Pound solely responsible for how Angleton turned out. There were also the New Critics “who converged on Yale in the 1930s.” Morley mentions Maynard Mack, whose “English 10, an introductory course on poetry, fiction, and drama” Angleton followed, and whose “undergraduate seminars were presented as laboratories for young literary scientists, the model for research being drawn from . . . I. A. Richards and William Empson” (7). Angleton “would come to value coded language, textual analysis, ambiguity, and close control as the means to illuminate the amoral art of spying that became his job. Literary criticism led him to the profession of secret intelligence” (8).

Maynard Mack’s seminars may have been as Morley describes them, though he would not generally be counted as a New Critic, and indeed it was only after Cleanth Brooks joined the Yale department in 1947 that it became identified with New Criticism. Its true source and centre was in the South at Vanderbilt and Kenyon, with John Crowe Ransom, Robert Penn Warren, and Allen Tate, the leading figures along with Brooks. But this sort of journalistic looseness is characteristic of Morley’s book. Robin Winks’ detailed account of Angleton’s time at Yale in his Cloak and Gown doesn’t support the idea that the New Critics were a significant influence.1 In general, Morley’s facts and dates are not to be relied on. As a minor example, he has Angleton “rereading … Pound’s opera Cavalcanti” in January 1939, when the reference must be to the essay in Make It New. A more significant set of errors is his writing that when war was declared in September 1939,

Mussolini rallied to Hitler’s defense, passing a series of anti-Semitic decrees in November 1939. The United States then sanctioned Italy. Angleton’s adopted country was now an enemy of the United State of America. (11)

November 1938 was the date of the anti-Semitic decrees. The United States did not sanction Italy. Italy entered the war in June 1940, in alliance with but hardly to defend Hitler, and became the declared enemy of the United States only in December 1941 when America was drawn into the war by the Japanese attack on Pearl Harbour. And Italy was in no real sense “Angleton’s adopted country”: his family had been based in Milan from 1933 when his father set up a company selling cash registers and business machines, but he had been educated in English prep schools and at “Malvern College, an exclusive redbrick boarding school in Worcestershire, England,” and had then gone on to Yale in September 1937 (5).

Rather than the implausible notions that Pound and the New Criticism made Angleton what he became, we need to be told more about his family background and connections – his father also served in OSS; about the effect of four adolescent years in an English public school; and we need to know much more about his life and contacts at Yale. Morley doesn’t even mention Angleton’s being tapped for the very select and secretive Skull and Bones society, a sort of nursery for the ruling elite. And then there is Norman Holmes Pearson, an elusive but decisively influential figure everywhere in the background. Morley either pays no attention to these formative influences, or deals with them superficially, journalistically.

I had hoped to learn more than I already knew about the Pound/Angleton story, but there is nothing new there. Failing that, I had hoped to be informed about U. S. counter-intelligence operations, and about those Morley tells an interesting story, with a special concern for what might have been going on around the assassination of President Kennedy. Robin Winks, the Yale historian from whom Morley takes a number of leads and misleads, is more informative about Pearson and about the important part played by many Yale scholars in “America’s Secret War,” though he is prone to error when Pound is in question.2 But for insight into the mind and mentality of the intelligence community in which Angleton played such an important role, one might better enjoy Le Carré.

The thought of Le Carré prompts a suspicion that seems not to have troubled Morley. Might the most formative influence upon Angleton have been, not Pound and not poetry and criticism, but his mentor, associate in counter-intelligence, and close friend, Kim Philby? What an irony, and what a coup for Philby and his Soviet masters, if it had been his Iago-like influence that led Angleton to direct his mole-hunting against his own colleagues and other Americans.

2. Winks’ account of Pound’s visiting Harvard and Yale when in America in 1939 is detailed but misinformed. He has Pound visiting Yale at Angleton’s invitation, and then being driven on to Harvard by Angleton and Reed Whittemore. “The public side of the visit to Yale went reasonably well,” he writes, “at least in contrast to Harvard … for there Pound spread his anti-Semitism on thickly” (335). In fact, Pound first went to Harvard with Laughlin, who had arranged the visit, and was then driven by him down to New Haven, and on to New York. At Harvard, he gave a reading at the invitation of the English Department, made a recording for the Department of Speech’s Vocarium collection, dined with the President of Harvard, attended a music faculty concert, and met a number of distinguished faculty members. Informed accounts, such as that in Charles Norman’s Ezra Pound (1960), don’t support Winks’ disparaging comment. Winks also writes that while Angleton hoped for a canto for Furioso, Pound gave him only “a bit of poor poetry.” Morley repeats this, and quotes the “doggerel,” which is in fact just one of Pound’s prose notes laid out in his characteristic fashion (Morley 282-3, n.24). In a note on his p.518 Winks, misreading a poorly written sentence in C. David Heymann’s Ezra Pound: The Last Rower, states that the Square $ Series “collapsed when the person charged with carrying it out, T. David Horton, was arrested for interfering with the integration of a school in Clinton, Tennessee.” Of course, it was Kasper who was arrested, while Horton, co-editor of the series since no. 2, carried it on through Omni Publications.