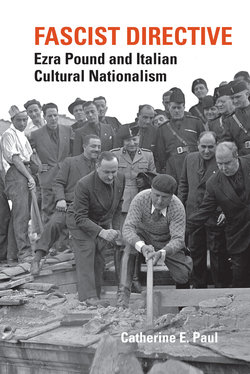 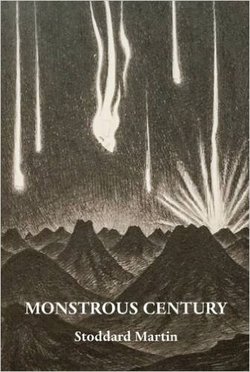 In 1938, American poet Ezra Pound published Guide to Kulchur, a book so radically different from his earlier writing that readers might not have believed that it was written by the same firebrand aesthetician who had advocated in 1913 that poets go in fear of abstractions. But Guide to Kulchur was only the latest example of a new kind of prose that Pound had been writing—fiercely invested in politics and the mobilization of cultural heritage to its service. Pound’s new modernism came as a direct effect of his investment in fascism. Since the last monographic treatment of Pound’s fascism, scholars of literature, history, art history, urban design, and music have uncovered important aspects of the fascist regime’s use of culture to foment Italian national identity. These studies reveal the cultural, mythical, rhetorical, and intellectual aspects of that regime—more than enough new knowledge to require a reappraisal of perhaps the most famous, certainly the most notorious, American in Italy in that era, and perhaps the entire twentieth century. Unlike previous discussions of Pound’s adoption of Italian fascism, which focus mostly on his political and economic interests, this book reveals the importance of the cultural projects of Mussolini’s fascist regime. Paul shows how Pound’s modernism changed as a result of involvement in Italian politics and culture. At the same time, it uses the familiar figure of Pound to provide an entry for scholars of Anglo-American modernism into the diverse and complex realm of Italian modernism.

Chapter 3. The Bundle and the Pickaxe: Fascist Cultural Projects.

Chapter 5. The Fascist Cultural Nationalism of the Vivaldi Revival.

Chapter 7. Propaganda Art: Can a Poet Be a Traitor?

Find it on Amazon: Go to site.

MONSTROUS CENTURY. ESSAYS IN THE AGE OF THE FEUILLETON

His subjects, even when unsympathetic in themselves, are viewed in the round, and judged with humanity. Yet he also has a strong moral impulse, as evidenced by the title of this collection. So although he can roam as far back temporally as Perkin Warbeck, and into magical regions with Orpheus, we see in his work a frequent return to more recent periods, and a nagging anxiety to explain why and how Europe went so badly wrong between 1900 and 2000 – particularly the dread duodecennium 1939-1945

Introduction: In ‘the Age of the Feuilleton’

26    Americanization of the Holocaust

Find it on Amazon: Go to site