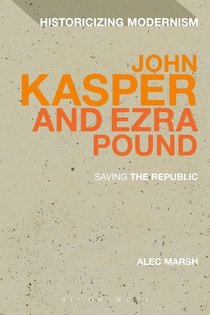 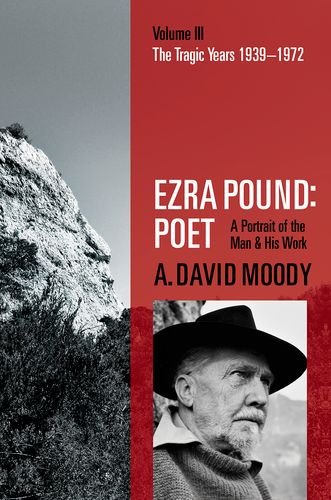 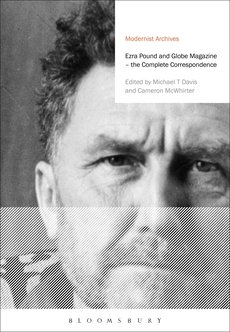 John Kasper was a militant far-right activist who first came to prominence with his violent campaigns against desegregation in the Civil Rights era. Ezra Pound was the seminal figure in Anglo-American modernist literature and one of the most important poets of the 20th century. This is the first book to comprehensively explore the extensive correspondence - lasting over a decade and numbering hundreds of letters - between the two men.

John Kasper and Ezra Pound examines the mutual influence the two men exerted on each other in Pound's later life: how John Kasper developed from a devotee of Pound's poetry to an active right-wing agitator; how Pound's own ideas about race and American politics developed in his discussions with Kasper and how this informed his later poetry. Shedding a disturbing new light on Ezra Pound's committed engagement with extreme right-wing politics in Civil Rights-era America, this is an essential read for students of 20th-century literature.

Introduction: Invitation to a KKK Rally

2. The Impact of Agassiz

3. The "Make It New" Bookstore

4. From McCarthy to Brown

9. Summer 1956: The Seaboard White Citizen's Council, Virginians on Guard! and the Charlottesville Campaign

10. Kasper in Clinton and Nashville

14. Pound's Legacy on the Right

This third and final volume of A. David Moody's critical life of Ezra Pound presents Pound's personal tragedy in a tragic time. In this concluding volume, we experience the 1939-1945 World War, and Pound's hubristic involvement in Fascist Italy's part in it; we encounter the grave moral and intellectual error of Pound holding the Jewish race responsible for the war; and his consequent downfall, being charged with treason, condemned as an anti-Semite, and shut up for twelve years in an institution for the insane. Further, we see Pound stripped for life, by his own counsel and wife, of his civil and human rights.

Pound endured what was inflicted upon him, justly and unjustly, without complaint; and continued his lifetime's effort to promote, in and through his Cantos and his translations, a consciousness of a possible humane and just social order. The contradictions run deep and compel, as tragedy does, a steady and unprejudiced contemplation and an answering depth of comprehension.

Talking to the FBI

A Prisoner in the Eyes of Others

'In the mind indestructible': The Pisan Cantos

A Year in the Hell Hole

The Settlement of the Estate

Ezra Pound and the Globe Magazine: the Complete Correspondence.

In the summer of 1936, Ezra Pound agreed to take on the role of European Correspondent for a newly launched travel journal entitled Globe: The International Magazine. Ezra Pound and 'Globe' Magazine: The Complete Correspondence collects for the first time Pound's writings for the journal and his extensive correspondence with one of its editors, James Taylor Dunn, and with the leading writers who Pound himself attempted to recruit for the magazine. Numbering almost forty letters and twenty published and unpublished articles, these writings represent a darkly significant time in Pound's thought as his infatuation with the rise of fascism took root.

Annotated throughout and supported by substantial explorations of the historical and cultural contexts of the writings, the book also includes a substantial bibliography of related writings and a biographical glossary of the major figures discussed in the correspondence and writing. Together, these texts represent an important resource for anyone interested in an important phase of 20th-Century literary modernism.