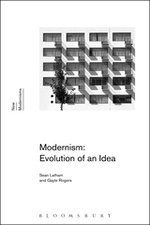 Modernism: Evolution of an idea.

What exactly is “modernism”? And how and why has its definition changed over time?

Modernism: Evolution of an Idea traces the development of the term “modernism” from cultural debates in the early twentieth century to the dynamic contemporary field of modernist studies. Rather than assuming and recounting the contributions of modernism's chief literary and artistic figures, this book focuses on critical formulations and reception through topics such as:

With a glossary of key terms and movements and a capacious critical bibliography, this is an essential survey for students and scholars working in modernist studies at all levels.

Introduction: Is There a There There?

1 The Emergence of Modernism

Find it on amazon 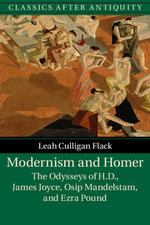 This comparative study crosses multiple cultures, traditions, genres, and languages in order to explore the particular importance of Homer in the emergence, development, and promotion of modernist writing. It shows how and why the Homeric epics served both modernist formal experimentation, including Pound's poetics of the fragment and Joyce's sprawling epic novel, and sociopolitical critiques, including H.D.'s analyses of the cultural origins of twentieth-century wars and Mandelstam's poetic defiance of the totalitarian Stalinist regime. The book counters a long critical tradition that has recruited Homer to consolidate, champion and, more recently, chastise an elitist, masculine modernist canon. Departing from the tradition of reading these texts in isolation as mythic engagements with the Homeric epics, Leah Flack argues that ongoing dialogues with Homer helped these writers to mount their distinct visions of a cosmopolitan post-war culture that would include them as artists working on the margins of the Western literary tradition.

Part I. High Modernism and Homer:

1. 'To have gathered from the air a live tradition': Pound, Homer, modernism

2. 'The reading of Homer was transformed into a fabulous event': Mandelstam's modernist Odyssey

4. 'ACTUALITY gets in front of Olympus': Pound's late visions and revisions of Homer

See it on amazon. 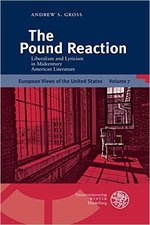 The Pound Reaction Liberalism and Lyricism in Midcentury American Literature
___________

Ezra Pound was confined in a mental institution and facing treason charges when he won the first Bollingen Prize in 1949. Pound’s defenders claimed that the prize proved artistic freedom to be alive and well in the United States. Only totalitarian regimes forced artists to tow the party line. The Pound Reaction explores how a number of writers responded to this free speech defense of Pound’s poetry.

Those discussed include Bollingen committee member Karl Shapiro, who believed that his vote against Pound ruined his career; W. H. Auden, who voted for Pound but suggested his work should be suppressed; Peter Viereck, the poet and conservative thinker whose father was a convicted Nazi propagandist; John Berryman, who struggled with the legacy of Pound’s anti-Semitism throughout his career; and Katherine Anne Porter, who voted to honor Pound’s poetry but thought the poet should stand trial (he never did). Other writers discussed include Lowell, Bishop, Plath, Ginsberg, and Leslie Fiedler.

I. Lyrical Freedom and Institutional Confinement: Following in Pound’s Footsteps   43

Remembering Viereck: “When conservatism was still a dirty word”   154

V  “Pull Down Vanity”: Porter, Fiedler, and the Pornographic Imagination
(A Prosaic Interlude)   165 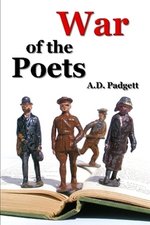 War of the Poets