The Complete Prose of T. S. Eliot gathers for the first time in one place the collected, uncollected, and unpublished prose of one of the most prolific writers of the twentieth century. The result of a multi-year collaboration among Eliot's Estate, Faber and Faber Ltd., Johns Hopkins University Press, the Beck Digital Center of Emory University, and the Institute of English Studies, University of London, this eight-volume critical edition dramatically expands access to material that has been restricted or inaccessible in private and institutional collections for almost fifty years.

Eliot engaged the modern world and entered into dialogue with its intellectuals in numerous fields, writing comprehensively on poetry, fiction, drama, literary criticism, religion, humanism, cultural and economic theory, education, world politics, and other topics of intellectual import. General Editor Ronald Schuchard describes this work as an opportunity "to restore Eliot's full voice in the public domain and to bring back into hearing the voices of those with whom he struggled to resolve the problems and dilemmas of his time."

The fully searchable, integrative edition includes all of Eliot's collected essays, reviews, lectures, commentaries from The Criterion, and letters to editors, including more than 700 uncollected and 150 unpublished pieces from 1905 to 1965. Other highlights include essays from his student years at Smith Academy and Harvard and his graduate work at Harvard and Oxford, including his doctoral dissertation; unsigned, unidentified essays published in the New Statesman and the Monist; essays and reviews published in the Egoist, Athenaeum, TLS, Dial, Art and Letters; his Clark and Turnbull lectures on metaphysical poetry, Norton Lectures, Page-Barbour Lectures, Boutwood Lectures; unpublished essays, lectures, addresses from various archives; and transcripts of broadcasts, speeches, endorsements, and memorial tributes.

Each item has been textually edited, annotated, and cross-referenced by an international group of leading Eliot scholars, led by Schuchard, a renowned scholar of Eliot and Modernism. The volumes will be released in sequence and published on Project MUSE, with an archival print edition to be published once all eight volumes have been released. The first two volumes, Apprentice Years, 1905-1918 and The Perfect Critic, 1919-1926 were published in 2014, with pairs of subsequent volumes scheduled for release in successive years. 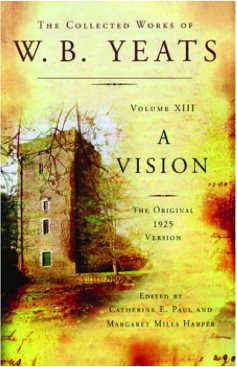 The Collected Works of W.B. Yeats

The Collected Works of W. B. Yeats, Volume XIII: A Vision is part of a fourteen-volume series under the general editorship of eminent Yeats scholar George Bornstein and formerly the late Richard J. Finneran and George Mills Harper. One of the strangest works of literary modernism, A Vision is Yeats's greatest occult work.

Edited by Yeats scholars Catherine E. Paul and Margaret Mills Harper, the volume presents the "system" of philosophy, psychology, history, and the life of the soul that Yeats and his wife George received and created by means of mediumistic experiments from 1917 through the early 1920s. Yeats obsessively revised the book, and the revised 1937 version is much more widely available than its predecessor. The original 1925 version of A Vision, poetic, unpolished, masked in fiction, and close to the excitement of the automatic writing that the Yeatses believed to be its supernatural origin, is presented here in a scholarly edition for the first time.

The text, minimally corrected to retain the sense of the original, is extensively annotated, with particular attention paid to the relationship between the published book and its complex genetic materials. Indispensable to an understanding of the poet's late work and entrancing on its own merit, A Vision aims to be, all at once, a work of theoretical history, an esoteric philosophy, an aesthetic symbology, a psychological schema, and a sacred book. It is as difficult as it is essential reading for any student of Yeats. 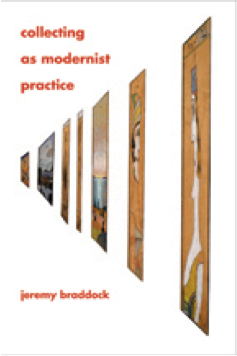 In this highly original study, Jeremy Braddock focuses on collective forms of modernist expression—the art collection, the anthology, and the archive—and their importance in the development of institutional and artistic culture in the United States.

Using extensive archival research, Braddock's study synthetically examines the overlooked practices of major American art collectors and literary editors: Albert Barnes, Alain Locke, Duncan Phillips, Alfred Kreymborg, Amy Lowell, Ezra Pound, Katherine Dreier, and Carl Van Vechten. He reveals the way collections were devised as both models for modernism's future institutionalization and culturally productive objects and aesthetic forms in themselves. Rather than anchoring his study in the familiar figures of the individual poet, artist, and work, Braddock gives us an entirely new account of how modernism was made, one centered on the figure of the collector and the practice of collecting.

Collecting as Modernist Practice demonstrates that modernism's cultural identity was secured not so much through the selection of a canon of significant works as by the development of new practices that shaped the social meaning of art. Braddock has us revisit the contested terrain of modernist culture prior to the dominance of institutions such as the Museum of Modern Art and the university curriculum so that we might consider modernisms that could have been. Offering the most systematic review to date of the Barnes Foundation, an intellectual genealogy and analysis of The New Negro anthology, and studies of a wide range of hitherto ignored anthologies and archives, Braddock convincingly shows how artistic and literary collections helped define the modernist movement in the United States. 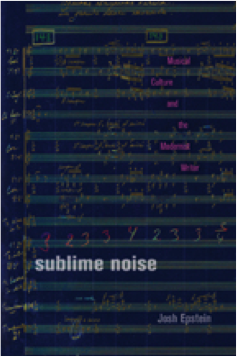 Musical Culture and the Modernist Writer

When Stravinsky’s Rite of Spring premiered in Paris in 1913, the crowd rioted in response to the harsh dissonance and jarring rhythms of its score. This was noise, not music. In Sublime Noise, Josh Epstein examines the significance of noise in modernist music and literature. How—and why—did composers and writers incorporate the noises of modern industry, warfare, and big-city life into their work?

Epstein argues that, as the creative class engaged with the racket of cityscapes and new media, they reconsidered not just the aesthetic of music but also its cultural effects. Noise, after all, is more than a sonic category: it is a cultural value judgment—a way of abating and categorizing the sounds of a social space or of new music. Pulled into dialogue with modern music’s innovative rhythms, noise signaled the breakdown of art’s autonomy from social life—even the "old favorites" of Beethoven and Wagner took on new cultural meanings when circulated in noisy modern contexts. The use of noise also opened up the closed space of art to the pressures of publicity and technological mediation.

Building both on literary cultural studies and work in the "new musicology," Sublime Noise examines the rich material relationship that exists between music and literature. Through close readings of modernist authors, including James Joyce, T. S. Eliot, Edith Sitwell, E. M. Forster, and Ezra Pound, and composers, including George Antheil, William Walton, Erik Satie, and Benjamin Britten, Epstein offers a radically contemporary account of musical-literary interactions that goes well beyond pure formalism. This book will be of interest to scholars of Anglophone literary modernism and to musicologists interested in how music was given new literary and cultural meaning during that complex interdisciplinary period.