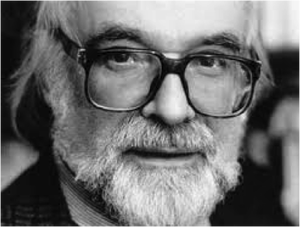 Looking at the tableau of Wieland Schmied’s career with an innocent eye, we have to assume that he must have been a happy man. After studying art history and law in Vienna, he became a prominent art critic and journalist. He was the principal curator of the National Gallery in Berlin until 1975, then became Director of the DAAD [German Academic Exchange Office] and finally Professor of Art History at the Art Academy in Munich. From 1995, he was President of the Bavarian Academy of Art. Among his important cultural appointments, he found the time to write numerous books on modernist art, particularly on surrealism and Giorgio de Chirico; he received several awards in recognition of his work. The title of his autobiography, Lust am Widerspruch [The Enjoyment of Contradiction], was Schmied’s affirmation that his fulfilled professional life had been a struggle for difficult subjects, difficult art, and difficult individuals.

One of those difficult individuals was Ezra Pound himself. Schmied met him personally in August 1958, at Brunnenburg. In his memoir on his interaction with the poet, Erinnerungen an Ezra Pound, Schmied seems to remember that first encounter very vividly: in the morning he met Pound on the way down towards Brunnenburg and then they turned around to go once more up to the village to have a walk and a discussion. Pound was then passionately interested in cultural communication with scholars and fellow artists, willing to get involved in serious questions about the significance of art for the present. He felt isolated and out of touch - Schmied told him a few names, which Ezra noted. He also told him of a German Minnesänger, Oswald von Wolkenstein. In the afternoon, Schmied was invited to a family ritual: Pound was reading The Cantos to his personal circle. On that day, Vanni Scheiwiller was also there and Pound, sitting on the sofa, read Cantos 36 and 37. Everyone had his copy 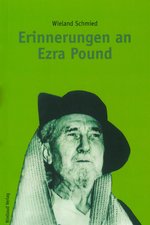 and the little Siegfried Walter was following the lines with his finger. Schmied returned after a week to listen to another reading, this time of Cantos 43 and 44. He was so moved that he dedicated a chapter of his memoirs to his experience as a listener of Pound own, very special oral delivery.

When Schmied returned to Brunnenburg a year later, in August 1959, the effervescence was gone. He found Pound silent and exhausted, sitting in his armchair and letting the conversation drift by. He told Schmied one unforgettable sentence: I am never really awake (“Ich bin nie richtig wach”).

In 1964, Schmied visited again, this time in Venice. Pound was so deeply sunken in his silence by then that each word seemed to demand physical effort. Schmied felt it would have been tactless to talk. He had prepared topics in advance, had wanted to talk about art and tell Pound about Noh performances in Germany. He had brought a book on Hans Arp as a gift. But Pound's silence compelled him to keep silent himself – the book he threw into the water.

Schmied’s interest in Pound as a person and poet went beyond visits and spectatorship. He helped the family find a sanatorium for the poet in 1966. He followed Pound’s fate while he was alive and became a pilgrim after Pound’s death: Schmied went to Idaho to see the house where the poet was born; he lingered beside Pound’s grave in Venice, looking at other visitors’ reactions to it; and he talked to Olga, or rather, he listened to her. 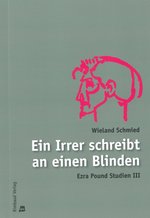 Schmied’s interest in Pound would stay with him all along his brilliant career as an art historian and man of letters: he wrote five books about the poet, taking care to republish and improve older essays in new editions. Two of his books, such as Ezra Pound Studien. Erster Band [Ezra Pound Studies, volume one, 2000] and Ein Irrer schreibt an einen Blinden [A madman writes to a blind man, 2011] are collections of essays written on various occasions along the years. Schmied’s topics are varied: Vorticism, Noh drama, Eliot and Pound as literary critics, Futurism, Pound’s passion for reading and teaching. But it is not the essays that are Schmied’s most valuable contribution, but rather his monograph on Pound and art, the only one we have and the only complete mapping of this important field. Here, in Die schwierige Schönheit [The difficult beauty], Schmied is in his element and always right. It is a pity that this short book has not been translated into English since it offers both fundamental coordinates and observations of detail that we need. The book is not even too old: it was published in 2003 and in this sense we have to think of it as a true interdisciplinary volume, a result of both professional experience and lifelong affection. Unlike Eva Hesse, Schmied 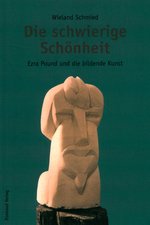 wrote only in German. He was in friendly relations with Pound’s family but was not in the orbit of scholarly research in English.

Schmied’s books about Hundertwasser, de Chirico, Hopper, and Francis Bacon have been translated into English and are widely available, his stature and reputation as an art historian of modernism is secure. But to someone who attended the latest conference at Brunnenburg, Schmied’s intellectual journey is particularly poignant. Like us, he had been on a pilgrimage to a nexus of Pound’s presence; had met the family, pointed out the interesting connection to Oswald von Wolkenstein; had written about Pound and travelled to his holy places. We realize that we are in a certain ply of history, as Schmied had been in his: he saw what we saw, talked with the same people, knew the same lines.

In every respect, he is one of us.

Is he the priest celebrating mass? His voice seems to come from far away, from another world and another time. Through what mask does he speak when he does? What persona speaks through him? Is this the voice of Homer, Cavalcanti, of Wolkenstein? For a few moments I seemed to hear drums in the background, or the sound of flutes coming up from the valley.

Pound stresses each word, stretches individual syllables, rolls the “r,” changes the rhythm, drags out the syllables and sings the end of a sentence, or holds the tone for longer. Suddenly, he seems to be overcome by fatigue, then shouts individual words, pushes them forward, steps up, crashes, takes a breath and falls back into a steady singsong.

The voice trembles. I can’t make out: is it age, is it exhaustion? Or does he want the effect? The words swing more weakly and trembling, seem fragile. But now it doesn't seem that he does not notice or control the trembling and the fragility. They are part of his reading, accents of the rhythm, not breaks. The melody of his voice adds the text to this unity, even when it picks up and allows undertones to be heard. Is it not the fullness of a chorus that is heard in this voice?

Rhapsodically, intoning, his reading is drifting by: invocation, curse, and quotation succeed each other without a break. With the same solemnity, the names of mythical heroes and slang terms appear next to each other and bear witness to our decaying civilisation. Pound’s voice contains sarcasm, then pathos which suddenly veers into irony and the echo of laughter.

Pound’s reading is an invocation of voices. Voices come as if from an inexhaustible supply. What is our history if not a constellation of voices? In this heaven, individual voices wait to be invoked.

Here are the voices resuming their 1912 salon conversations as if they had never been interrupted and then the troubadours butt in, and this one, is it not the voice of a bank president who wants to explain his balance sheet? A Venetian Doge pipes up and gets a reply from an English lady.

So many voices crowd one other; Pound invokes them and then talks to them himself, as if to interrogate them: he verifies their intonation and expression, weighs them on his tongue, pushes them to and fro, lets them slowly melt, rejects them, or rolls the word bits in the mouth as nuts difficult to break until he finally bites into them.

And then new voices now come, lively and melancholic, the voices of dead friends and dead enemies, wise men’s and babblers’ voices… The intonation rises and falls as if obeying the change of tides, as if it contained the sea. Pound’s language surges, the waves break and silence follows; the waves hit the shore, withdraw, re-form; in-between, the jubilant cry of a sea-gull, the call of swallows…

Pound is reading. In his voice, there is the sea drawing deep breaths, but also the pull of a current, one that swells strongly and carries us away with it, the shores farther and farther away…

The longer I listen, the more intensively do I feel the sea in front of me, a sea from which voices are released and then absorbed, they rise and sink, just when they gain individual character… Odysseus has turned the keel of his ship against the waves, the mast stands and the sails are unfurled, the voyage of the cantos can start.

This is Homeric singing… but then, other voices and other times are crowding into the voice of the singer, they want to find a hearing, bring dissonances with them, want to interrupt the current of language, but are drawn into its engulfing pull. They float on its waves like shipwrecks, words call for help, are washed to the shore and then again pulled by the sea. Does the sea ever laugh at those she lets rise and sink with the tide? A wave sweeps them away and they vanish. An echo, a sound and they are forgotten.