The ALA Convention, May 21-25, Washington DC 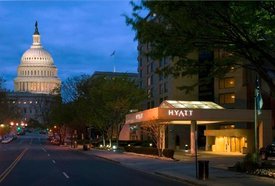 Washington DC—the city where more men wear ties and women dresses than anywhere else in the U.S.—clicks its way onwards to work amid blue skies, whizzing weedwackers, whirring cars, and the aromatic mix of diesel, blooming dogwoods, and  fresh cut grass. I run into an impassioned protest group accompanied by beating drums, everyone shouting “Eritrea’s sovereignty is not subject to compromise,” while homeless men and women blearily wake up from their park benches. Another man with a long beard and a sign asserts that immigrants have collectively distracted Obama from his job and have him, robot-like, under their hypnotic control. This must stop, he tells me, and I think how much he looks like John Brown. So it is business as usual in the Nation’s Capitol, though unlike most weekends, I am headed to the American Literature Association annual conference, held in the downtown Hyatt, and more pointedly, to the two afternoon sessions.

I am one of the presenters, and my comrades in the first session, entitled “Ezra Pound and Other World Cultures,” have lunch together beforehand. We share talk of jobs, kids, and modernism, later making our collective way to Congressional Rooms A and B to set up our digital projectors, iPads, and to find our Buddha calm before presenting. Once in session, Demetres Tryphonopoulos announced Ron Bush’s “‘Young Willows’ in Pound’s Pisan Cantos. ‘Light as the Branch of Kuanon’” as the first winner of the “Best Article” award of the Pound society. Long-time Pound scholar Ira Nadel introduced us, then Miranda Hickman (MacGill U) spoke of Pound, H.D., and Eliot in relation to the Latin Pergilium Veneris. Chris McVey (Boston U) made the connection between Pound’s ideograms and citizenship, and I tried to carve out a space between Peck and Mitchell concerning Pound’s understanding of Naxi religious culture in the later Cantos. Well-received presentations, all.

I chaired the next session concerning the correspondence between Pound and Archibald MacLeish. Demetres (U of New Brunswick) and Donna Hollenberg (U of Connecticut Emerita) considered the two poets in relation to the Great War. Demetres suggested that in works written during and after the war, Pound sublimated his anger by choosing metrically percussive bits from other poets, regardless of content, wanting only the effect as a kind of statement. Hollenberg focused on MacLeish’s changing relationship to the war, one that found him early immersed in the rhetoric of honor, duty, and country, and later, one more centered on loss. Christa Fratantoro (F.S. Davis Publishers) shared letters of MacLeish seeking Pound’s approval as a poet over many years. He never seems to have gotten it, and when MacLeish finally tells Pound that he no longer values his opinion about poetry and poets, we in the audience agreed that the response seemed long overdue.

That evening, the ALA reception paused to honor long time organizer Alfred Bendixen, who moves on. Afterwards, a group of Poundians settled into a nearby French bistro for dinner. Emerging from more conversation of kids, education, and technology was the belief that all of us have the greater task before us of saving modernism and through the modernist venue, saving the world. What more appropriate conclusion could we reach after two Ezra Pound sessions and a springtime evening in the Nation’s capital? 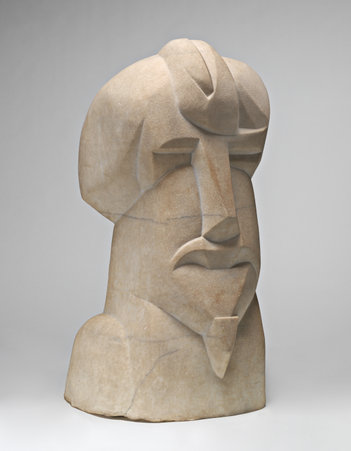