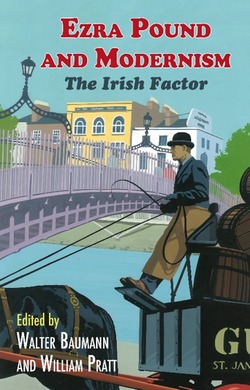 “Modern literature remains challenging to readers after a century as the dominant form of expression, but it is as worthy as ever of intelligent assimilation as successive Pound conferences have proved, none more convincingly than the 25th Ezra Pound International Conference in Dublin in 2013, from which this volume of papers was selected." David Pierce.

I. ASPECTS OF MODERNISM:

Heinz Ickstadt and Manfred Pfister. Eva Hesse and the Adventures of The Cantos in German

Peter Liebregts. “With the sun in a golden cup”: Pound and Stesichorus in Canto 23

Giuliana Ferreccio. Pound, Benjamin, and the Language of Names

Walter Baumann. “I ask you, had Synge an audience in his life-time?”: Ezra Pound and J. M. Synge

Anne Conover. The Pounds and the Yeatses: An Irish-American Friendship and Its Influence on Modern Poetry

Caterina Ricciardi. Botticelli’s Mystical Nativity and the Isle of Capri in W. B. Yeats’s A Vision 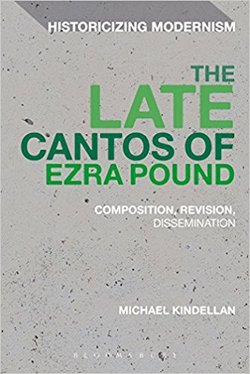 Drawing extensively on archival research, The Late Cantos of Ezra Pound critically explores the textual history of Pound's late verse, namely Section: Rock-Drill (1955) and Thrones (1959). Examining unpublished letters, draft manuscripts and other prepublication material, this book addresses the composition, revision and dissemination of these difficult texts in order to shed new light on their significance to Pound's wider project, his methods and techniques, and the structures of authority--literary and political-that govern the meaning of his poetry. Illustrated by reproductions of archival documents, The Late Cantos of Ezra Pound is an innovative new study of one of the most important poets of the 20th century.

1. Introduction: “The Text is Somewhat Exigeant”: the Lateness of Pound's Late Cantos

2. “I Have Always Loathed Reading”: the Trouble with Philology

3. “To Copy and Amplify”: Totalitarian Scholarship in Section: Rock-Drill

4. “No, That Is Not Textual”: the Immaterial Language of Thrones

5. “A Butcher's Block for Biographers”: On Pound's Quiddity

“This is a very valuable book, a real contribution to Pound studies covering an epoch of his work that still remains relatively unexplored: Rock-Drill and Thrones, Cantos 85-109… Kindellan proposes to read these poem “quasi-archaeologically”—“looking into their stages of development, from first inception to final published version(s) and to extrapolate therefrom new understandings about the processes and procedures that governed Pound's writing”… In a striking phrase (one of many throughout the book) he writes, “Pound's texts are unstable not because he was unsure about his meanings; they were unstable because he was sure.” To read Pound properly, he concludes, “we have to allow his misconceptions to unfold according to the logic of their errancy” (46); that is, we have to accept them—it's pointless to contest them… I could go on about the many virtues of The Late Cantos. The book is written in a lively way and I predict it will become essential for all of us working on Rock-Drill and Thrones.


Massimo Bacigalupo, ed. The 2nd revised edition of his Italian 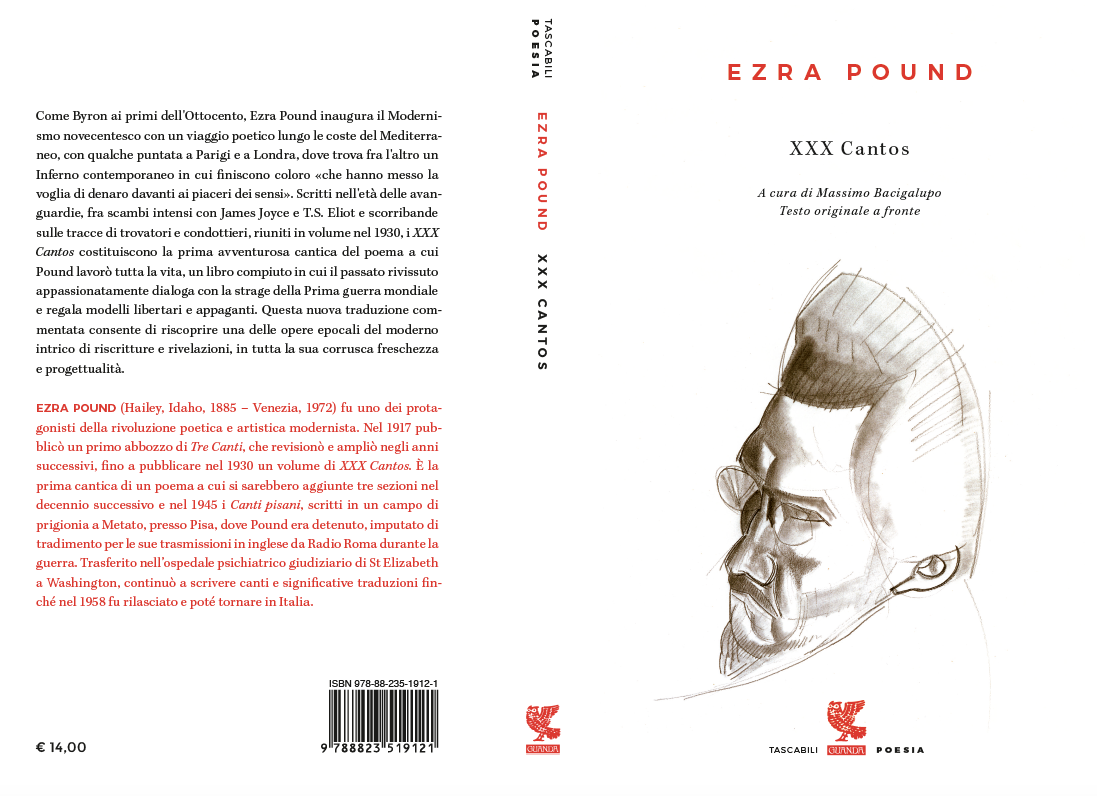 Ian Probstein. THE RIVER OF TIME.

Time-Space, History, and Language in Avant-Garde, Modernist, and Contemporary Russian and Anglo-American Poetry. 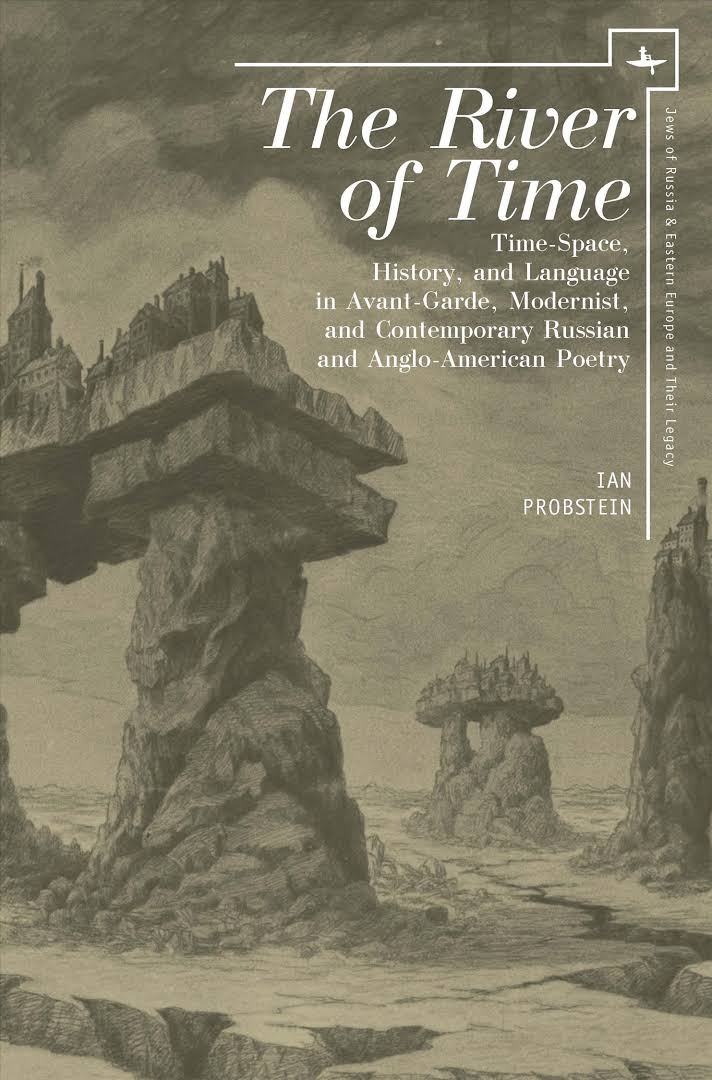 This book explores the changing perception of time and space in avant-garde, modernist, and contemporary poetry. The author characterizes the works of modern Russian, French, and Anglo-American poets based on their attitudes towards reality, time, space, and history revealed in their poetics. The author compares the work of major Russian innovative poets Osip Mandelstam, Velimir Khlebnikov, Vladimir Mayakovsky, and Joseph Brodsky with that of W. B. Yeats, T. S. Eliot, Ezra Pound, and, in spite of the postmodernist “estrangement” of reality, the author proves that similar traces can be found in the work of contemporary American poets John Ashbery and Charles Bernstein. Both affinities and drastic differences are revealed in the poets’ attitudes towards time-space, reality, and history.

Part One. Beyond Barriers: Avant-Gardе and Futurism

1. Forms of Chronotope in Avant-Garde Poetry
2. “The King of Time” and “The Slave of Time”: Velimir Khlebnikov and Vladimir Mayakovsky

Part Two. Chronotopes of Reality and History in the Poetry of Osip Mandelstam, W. B. Yeats, and Ezra Pound

1. Nature and “The Artifice of Eternity”: The Relation to Nature and Reality for Yeats, Pound, and Mandelstam
2. “Sailing to Byzantium”—“Sailing after Knowledge”: Byzantium as a Symbol of Cultural Heritage in Mandelstam, Yeats, and Pound
3. Fear and Awe: Osip Mandelstam’s “The Slate Ode”

Part Three. T. S. Eliot: “Liberation from the Future as Well as the Past”

1. The Waste Land as a Human Drama Revealed by Eliot’s Dialogic Imagination
2. “Liberation from the Future as well as the Past”: Time-Space and History in Four Quartets

Part Four. Joseph Brodsky: “The River of Time” or “What Gets Left of a Man”

Part Six. Charles Bernstein: “Of Time and the Line”