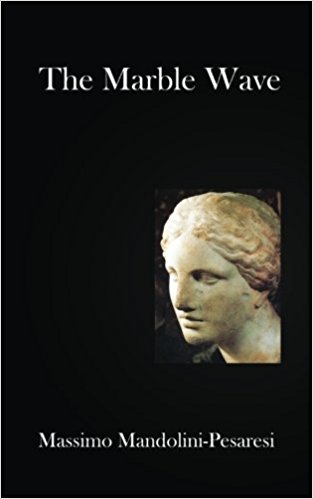 Seldom are the beginnings of a process to be seen as a prefiguration of its future developments – pace the Structuralists’ expectations. My first verses were prompted by the reading of Dylan Thomas, an author I kept rediscovering over the years: experiments in Hermetic writing, unwittingly Imagistic in character. Over time, the Modernist voice became more and more self-conscious, and the verses of Hart Crane accompanied my exploration of the worlds of NYC where I lived in the early 80’s. Only later did I approach the oracles of the Cantos:  there I could hear resonate the timeless myths that had haunted my reveries since my Lycaeum days. In Pound I could also face the mortal perils of being true to the unshattered core of one’s own vision. All along, my writing witnessed, discreetly, my studies of poetry in different languages, from the familiar Greek and Latin to new forays in the areas of Arabic and Hebrew. The fascination with the "sacredness" of a word in an ancient/foreign language, opened for me the arcane of Pound’s verbal cameos: some sort of presumption that I too had been there.

Rather suspicious of the stance of the engagé poet, I have always believed that poetry is poetry: its intensity and integrity must not be compromised by programmatic intents, which could introduce a new form of usura into its design. For many years, my views on society were kept carefully insulated from my verses, until I came, almost unexpectedly, to a form of writing that was poignantly responsive to human suffering in a social and "political" context.  The arena for such poems has mostly been the Middle-East, a region whose languages I had passionately studied.

The following verses, with the exception of  "A Dreamer’s Duty" and "Midsummer Triad," have been selected from my collection The Marble Wave (2014), whose title is taken from the last line of  "A Rose Snaps," the single poem on which I labored, adding and changing and reshaping, for almost four years.

On a November morning

Down to the ships of Kolkhis

So many shores and sands and seas

To weave the tapestry

Of this Autumnall Beautie of a day

And the untiring gaze

To hold the hypnotic dance

To the quivering edge

Of a dreamer’s duty


A bed too small to hold two lives, and yet

The one did not betray

The other did not flee

Across a forest, a sullen path

To rescue a cracked mold,

Muddled the letters on the palimpsest:

“What was built shall not pass.”

A scorched land, a sky of lead

A twisted palm over the days’ sand,

Unforgiving and humble to its last

The wood wherefrom was carved the bed.

Lonely name in the dreamer’s eyes

His sheet   a sail

And from the window pane

In the last grip

Surrender is a fact

A fear no more

In the empty antechamber

of his dissolving core

Return him to his endless Summer

And to her silent Weaver.

Aphinar was the ship, that,

in Rimbaud’s testament, was meant to take him back home, to Africa.


The Bloom of Dust

And silence is the survivor

The emptiness of grief

The night will not redeem

If such a thing can be

Shadows will grasp our slumber

In the endless noon

a word of dust

for all those who were murdered in Palestine

In the unending vigil

of a tormented eye

Now come to unfurl the promise

After the dusty daze

And the unforgiving rubble

A daring flight with no regrets

to the cradle of dawn

A torn talleth to cloak

The innocence of seeing

into a glance’s drop

in the dazzling noon

And for oblivion’s secret path

On the page the words

While a moon’s blade

into the sudden sunset gore

Sailing on the routes of Night.

On the edge of Night.

Dheneb is the effulgent tail

Of some straying Pleiad

On the shores of Night.

The silent gulf of Night.


The Daughters of the Moon

to Stella, Brunilda, and all the women

who came from Albania across the sea

In the chill of the wounded night

Lured to the maze of a conch

There, the sun’s splinters

Dug a scar on the sea’s skin

Aboard, the wind subdues

Smuggled in the jumbled bags.

to yield its dew

Where the clouds love to swim

Naked in the sunset mess

In a lost pond,

A pall of leaves

And longed for rendezvous

The night denies her mantle

And behind maimed walls

The moon’s milk is sullied

in the hyacinth veins

Many ways to slay a rose

By blade, by dark, by fire,

To every death its shame

To every death its ire.

The only ever given,

The stabbing instant when

A cloud was wounded

With all her worthless brightness,

In drops of dark her whiteness.

A voice was choked and

Of what refuses to be clay.

The sail that flew across

The breezes can’t be lifted,

Has been forever tilted.

The ocean’s breath was chilled

Heaved the wind in chains,