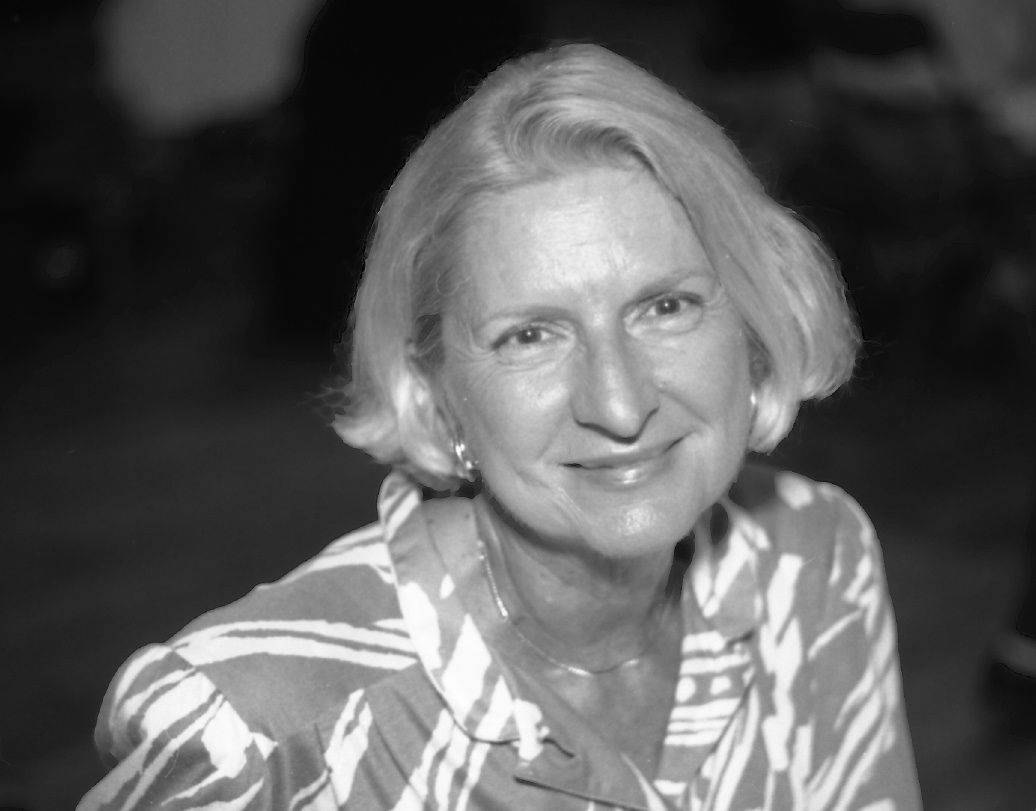 Just as well our friendship started before email replaced letters. She had a wonderful “Handschrift,” as I realized again when looking through the sizable folder with our correspondence. The year that stands out is 1995. Both Anne and her second husband, Tom Carson, were at the Brantôme Pound conference and I took up their invitation to visit them at 3323 Nebraska Avenue in Washington D.C., their marvellous house, formerly a manse. The restaurant at which we had dinner one night was high up in a building hardly a stone’s throw from the White House. No wonder it was closed after 9-11.

Tom had made arrangements with E. Fuller Torrey for us to be admitted to St. Elizabeths. I was even given a photographer’s permit. Unfortunately, one of the worst migraines I ever had prevented me from taking decent pictures, but—apart from the name “Ezra Pound” on a white card beside the door to what was his room, at the time the dumping ground of clothes collected for the poor heaped up in black plastic bags—there was no other trace left of the twelve and a half years Pound spent in St. Liz.

Anne Conover was a graduate of Stanford University. She earned a BA in English Literature and an MA in Latin American Studies. Fluent in Spanish, she lived in Latin America and was Editor and Writer in the Hispanic Division of the Library of Congress for 8 years (1968-76). She also worked for the U.S. Information Agency for 14 years (1976-1990), before she became a free-lancer. It is as a very gifted biographer she will be remembered. In 1989, she published Caresse Crosby: From Black Sunto Roccasinibaldo and in 2001 Yale University Press brought out her Olga Rudge and Ezra Pound: “What Thou Lovest Well . . .,” which was widely reviewed and generally praised. In fact, the book was a nominee for the Best Scholarly Biography of the Year. Readers of Paideumaand the volumes containing papers from the Pound conferences are privileged to be able to study early or different versions of her Rudge/Pound story.

In summer 2015, her poor health made her miss the 2015 Brunnenburg conference, but she was luckily fit enough to attend the Penn conference last summer. She had sent in a proposal for a paper on Pound and Eliot, but I persuaded her to switch to one for which I thought she was far better equipped, a paper on Pound and Caresse Crosby. If the Guardian reviewer of the very recent The Heart is a Burial Ground by Tamara Colchester, her great-grand-daughter, is representative of literary journalism in his ignorance of Crosby, he has no excuse, since Anne’s fine book is still available, as it has been reissued several times.